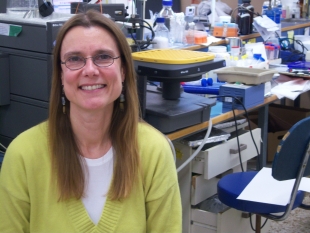 Her research interests are focused in the field of cellular and molecular oncology. More specifically her activities involve the study of heat shock protein 90 (HSP90) in in vitro and in vivo models of cancer cell invasion and metastasis respectively.